As always, I'm here with book recommendations. Have a look below at some of the books I think you should read.

Harry Potter and the Philosopher's Stone by J.K.Rowling 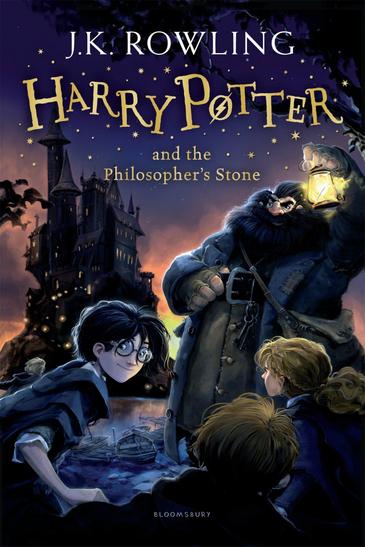 Turning the envelope over, his hand trembling, Harry saw a purple wax seal bearing a coat of arms; a lion, an eagle, a badger and a snake surrounding a large letter 'H'.

Harry Potter has never even heard of Hogwarts when the letters start dropping on the doormat at number four, Privet Drive. Addressed in green ink on yellowish parchment with a purple seal, they are swiftly confiscated by his grisly aunt and uncle. Then, on Harry's eleventh birthday, a great beetle-eyed giant of a man called Rubeus Hagrid bursts in with some astonishing news: Harry Potter is a wizard, and he has a place at Hogwarts School of Witchcraft and Wizardry. An incredible adventure is about to begin!

Maybe you have seen the films, but have you actually read the Harry Potter series?

We know how much you have enjoyed J.K.Rowling's descriptions in our English lessons - especially the Dursleys and their necks!

This book is filled with mystery and fun. It is far more descriptive and detailed than the film and, in my opinion, the characters are developed in such interesting ways.

It’s definitely a good book to escape into at the moment.

Harry Potter and the Philosopher’s Stone is free to download onto a Kindle if your parents have Amazon Prime. If not, it’s one of those books that you might already have around the house.

Give it a go and see what you think –  stay away from the film until you have finished! 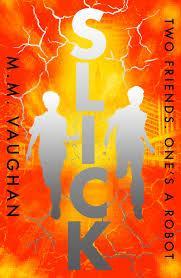 Eric Young is the first child android to be trialled in society, but he doesn’t know that. He does know that he’s just moved to Ashland from London, so it’s important that he makes new friends. Not just any friends, but the right kind – the kind that would be interested in skateboarding and the new Slick trainers his Uncle Martin sends him. He’s already growing his social media presence, but he knows it’s important to make friends in the real world too.

This is the book I keep mentioning to you! I LOVED it. It is nothing like the books I normally read, and I almost didn't read it which would have been a mistake. This is why it's so important to branch out and try new books.

The author has written the story from both Danny’s and Eric’s point of view which I really liked - you get to see what both characters are thinking. There are lots of opportunities to ask questions: What is real friendship? What makes us human? What really matters in our lives? Do we need the latest designer clothes? How does advertising affect our lives?

I really hope you enjoy this book as much as I did. 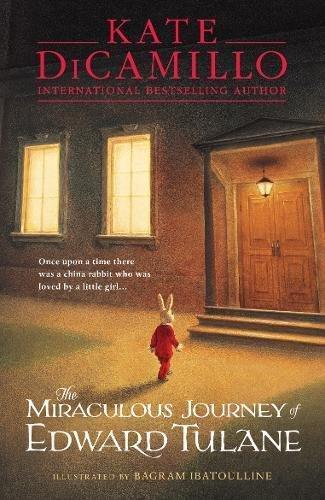 The magical story of the adventures of a lost toy rabbit. Abilene loves her blue china rabbit, but Edward Tulane is extremely vain and only loves himself. On a voyage from New York to London, Edward falls overboard and from there finds himself on an amazing journey. He travels, works as a scarecrow, comforts a dying child ... and finally learns what it is to truly love.

I wasn't sure I would like this book - I was wrong! I really loved it and I'm sure you will too. Follow this selfish toy on his long journey and see the world through his eyes. I will warn you, this book actually made me, (ME!?) cry.

It had me completely hooked and I couldn't put it down.

Try it ... Get the tissues ready though!

Charlie Changes into a Chicken by Sam Copeland

Charlie McGuffin has an incredible secret . . . 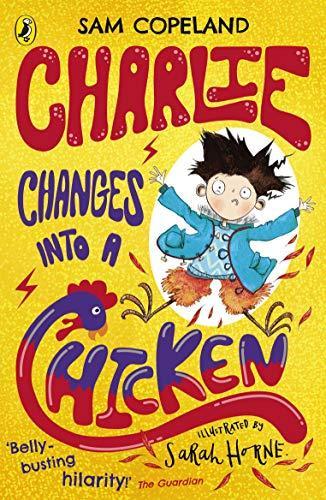 He can change into animals. All sorts of animals: a flea, a pigeon, even a rhino.

Trouble is, he can't decide when - it only happens when he gets worried. And right now, Charlie has quite a lot to worry about:

· His brother (who is in hospital)

· His parents (who are panicking about it)

· And the school bully (who has Charlie in his sights)

And even though every kid wants a superhero power, Charlie isn't keen on changing into a chicken in the middle of the school play.

So with the help of his three best friends, Charlie needs to find a way of dealing with his crazy new power - and fast!

This story really made me chuckle. Actual out loud chuckles! Just wait until you get to the part about the rhino and you’ll see what I mean.

Yes, it’s delightfully daft, but it’s also heartwarming with messages about dealing with worry and the importance of family and friends.

I can’t wait to hear what you think! Send school an email and let us know how you get on!

Evie and the Animals, 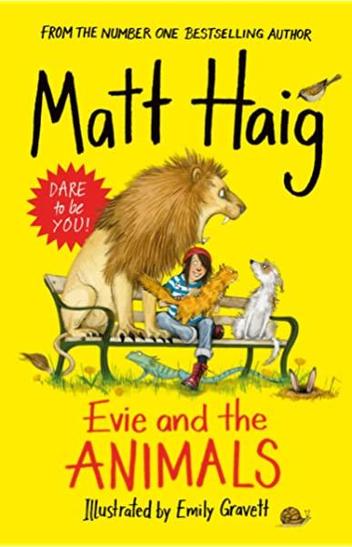 Eleven-year-old Evie has a talent. A super talent

A talent that can let her hear the thoughts of an elephant, and make friends with a dog and a sparrow.

The only problem is…this talent is dangerous. very dangerous. That's what her dad says.

So when she frees the school rabbit from its tiny hutch, she vows to keep her talent a secret. But after a face-to-face encounter with a lion, things start to go very wrong. Her dad – and every animal in town – is now in danger. Evie is determined to save them. And to find the truth of her own past. To do that she must battle a mysterious man with a talent more powerful than any other.

As time runs out, she must seek help from the animals, and finally Dare to be herself…

So why do I think you should read it?

I think after the passion you all felt when we worked on our Golden Thread in Year 4, and how much you cared about the Amazon Rainforest, this will be a great book for you. I think both boys and girls will like the main character, Evie, who is very daring and independent. This is a modern book which has interesting themes you will recognise: climate change, threats to rainforests, threats to animals, worrying about not fitting in … and a bit of a super power! After all, who wouldn’t want to hear what animals are thinking!?

Important note: the reviews on Amazon suggest that the Kindle version isn’t formatted very well. It sounds like you would be better off with the paperback.

The One and Only Ivan by Katherine Applegate

Inspired by a true story, this is the beautifully written tale of how a mighty gorilla wins his freedom.  Ivan is an easy-going gorilla who has spent his life performing for the crowds at the Exit 8 shopping mall. He rarely misses life in the jungle. In fact, he hardly thinks about it at all. But everything changes when a baby elephant called Ruby arrives and Ivan realises he must find a new life for them both.

Why should you read it?

I loved this book from the first page. It is written from the gorilla's point of view which is really believable and you can't help but like him immediately. In fact, I loved all the animals involved in this story and I know you will too.

This is a book I haven't been able to stop thinking about since I read it. It really makes you think about how humans can help or harm with their actions.

Unfortunately not the ones with chocolate chips.

Some cookies are necessary in order to make this website function correctly. These are set by default and whilst you can block or delete them by changing your browser settings, some functionality such as being able to log in to the website will not work if you do this. The necessary cookies set on this website are as follows:

Cookies that are not necessary to make the website work, but which enable additional functionality, can also be set. By default these cookies are disabled, but you can choose to enable them below: